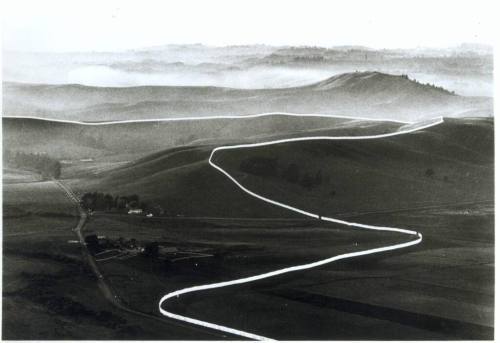 You may not have noticed, but there’s a trend in semantic search to fix problems with the flick of a switch.

In the best case, the solution evolves to assimilate the famous SEO triptik as a strategy:

So beware, I don’t doubt their potential effectiveness, which depends entirely on the skills of the person in charge. However, these solutions have, in my opinion, a limit, that of not taking SEO as it really is, namely a system.

A system in which several sub-systems gravitate: search, social networks, influence marketing, author rank, knowledge graph, trustrank, content marketing, all of which are both interconnected and independent.

Isolate me again and again!

Offering the magic keyword map or the trifecta as the main answer to a lack of visibility is actually problematic because in most cases the approach will isolate an element, namely the website, from the system it depends on.

This tendency to isolate elements that are part of a system does not only apply to search but to all areas and subjects that concern us: environmental, social, family, friends, financial, in short you get the idea.

The problem with isolating an element is that from the moment it is restored, we have no assurance that the system in which it evolves is functioning properly.

To try to use an analogy, the approach that consists in isolating elements of a system is a bit like a runner who would not succeed in finishing 10kms, even at an easy pace (fundamental pace in the jargon), and who would be advised to choose better shoes.

With a systemic thinking (I am schematizing very roughly), we would of course take into consideration the equipment of the runner as a potential sub-system but also the food, the healthy living (which could be broken down by sleep quality, the consumption of drugs / alcohol, the stress…) etc… the trainings.

By keeping in mind all the sub-systems that make up the main system: the runner’s performance, it would be easier to link the sub-systems together, to know how they live independently and depending on the others.

Then, through a set of questions, we could eliminate the elements that have no impact on the runner’s poor performance, to arrive at reduced but more convincing possibilities.

Why do I use a systems thinking to design my SEO strategies?

The systems approach allows me to see the big picture of a problem and not to immediately throw out unfounded reasoning. The foundations are precisely what systems thinking is all about. It gives rise to an in-depth reflection on the underlying cause of a problem, I would even say the original cause, hidden among others that are certainly more visible and above all more sensible at first sight.

An SEO strategy, as in any other field, requires time to appreciate a system (your company is a system of which your site is one element among others), to dissect it, to understand how it works so as to be able to draw the first sketches of what will subsequently be the direction to take.

Seeing only in the keyword and the links brings its share of satisfaction but limits considerably the field of action and especially the effectiveness expected from the accompaniment.

In a near future I will tell you more about the 5 P’s approach, which is a systemic approach, nothing more basic but which has proved its worth.

Benjamin Bar is a Freelance SEO Consultant who use to work with BtoB companies around the world.