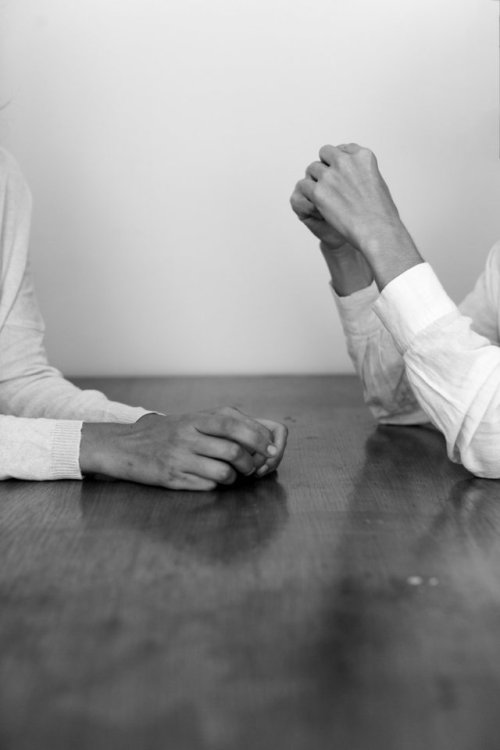 Nuance… it’s been a while I feel the need to talk about it. It must be said that since 2010 that I have been doing SEO, I have always been confronted, in spite of myself, with speeches that did not go in this direction.

I don’t want to impose my opinion either, but rather to open people’s minds to the benefits that a more nuanced view can bring.

But first, I want to put some context into the table. What the heck do I want to talk about the notion of nuance in search ?

I have lost count of the number of times I have witnessed or taken part in discussions in which someone shamelessly claimed that this had to be done to solve this. All this with a certain behavioral brutality that set the tone of the exchange.

I’ll always remember this meeting I had when I still worked at a Digital Marketing Agency in Paris, France. That day was unbelievable as the people I met amazed me with their overconfidence.

They were struggling to rank (because of a prodigious lack of content) on search engines. Yet every time I tried to share with them my point of view, noticed some technical issue, whatever, everytime they argued “Yes we know, we have to do that”, “we know how it’s work, we need to put more content, focus on keywords”…

All that confidence without knowing a bit of what or where issues were. Just claiming indirectly SEO is made like that, if we apply the rules we will succeed.

Why am I telling you that story.

Because SEO, like any other sphere in this world, needs nuance. Statement doesn’t work, this a brutal thinking that opens the door to many inconveniences

To go a little further in the discussion, I suggest that you already understand what is meant by nuance and what it implies in our daily lives.

The importance of nuance

One of our fundamental problems is the belief that we are spontaneously capable of thinking. No one becomes a quantum physicist, a conductor, a cabinetmaker or a shoemaker. On the other hand, we pose ourselves as capable of thinking. However, forming an opinion, believing, putting forward a certainty, dividing things in two is not thinking. To think is to make nuances. No one thinks who does not make nuances

The great intellectual is the man of nuance, of degree, of quality, of truth in itself, of complexity. He is by definition, by essence, anti-Manichean.

Having said that, it must be admitted that there is a lack of nuance today. The speeches are increasingly frontal, direct, sickly assertive. It’s almost like a verbal assault that leaves no room for debate and exchange.

Moreover, nuanced statements have a rather bad press. A person who nuances his or her argument a little will be seen as someone who doubts. And doubt will also lead to a lack of confidence in that person’s opinion, which will be preferred to someone else’s with a more frank speech.

And that’s the problem, why do we equate doubt and loss of trust with a nuanced person?

Quite simply because nuance leaves a certain uncertainty about a subject. This uncertainty is seen as a dead end, there is no answer to our question.

But I still believe and say that nuance is not doubt, although one can claim it. I see nuance as a more intelligent and less risky way of thinking. Because to be certain of one’s choices, one’s arguments, one’s thoughts, is to leave no room for doubt and the questioning that clings to it. Certainty brings risk.

Moreover, David Amerland, an SEO whose reputation is well established, pointed this out very well in one of his articles on LinkedIn.

Nothing of what we do, no matter how elaborate will truly reduce uncertainty. But we can work in ways that allow us to become more focused, more effective, more purposeful and, therefore, more determined.

But what is remarkable about nuance is that it leaves room for opportunity, reflection and observation. A person who nuances his or her words is a person who opens the way to several solutions and not just one.

The relationship between nuance and search

What does nuanced thinking have to do with SEO? Well, you see, a lot of what SEOs and even non-SEO’s say is devoid of nuance. I won’t quote them out of modesty and respect for them but it is true that many of them assert truths that have no place in this field.

I tend to say that search is not an exact science. An action does not and will never lead to an expected result. For example, one can read and hear a lot of talk about how important it is to include a keyword as the first element of a title tag. This thought repeated over and over again results in a statement that lacks nuance.

In fact, your keyword can be in second, third or even fifth position in your title tag, and it will have the same weight, the same importance in the eyes of search engines. Or not…

It all depends on the context in which you are working with this title tag.

Another assertion is to say that « you have to » work the keyword in different places on a page for it to be positioned on this term. On paper, yes, but in reality, the nuance is still necessary because even if we consider that our page is optimized and will rank for the expressions worked on, the field of possibilities that the nuance opens up leads us to claim that the page may very well not be indexed by the search engine.

SEO is fuelled by uncertainty, questioning, and the plurality of solutions simply because of the changing context.

Search is dependent on so many mechanical, technological, social, societal and political variables that it is impossible today and tomorrow to say that a particular action will have a particular result.

It is therefore important to believe deeply in the richness of reflection that nuance brings.

The next time you are faced with an SEO consultant who answers, « I don’t know » or « it’s not certain » or « it depends », be reassured that this person may know that he or she is the answer to your question but prefers to give himself or herself some time to observe in order to reduce the uncertainty.

Conversely, beware of consultants who make promises of results.

Benjamin Bar is a Freelance SEO Consultant who use to work with BtoB companies around the world.